Join us for the newly developed 4 Days Lake Turkana Safari, starting from Moroto town. The absolute off-the-beaten track culture and adventure excursion on a journey through Karamojaland in Northeastern Uganda. Below prices are full board and including transport and accommodation in equipped canvas dome tents.

Explore one of Kenya’s wildest places, marvel at vast volcanic calderas and the Lake Turkana and visit archeological sites at Sibiloi National Park on the shore of the lake. This is the absolute off-the-beaten track culture and adventure excursion in East Africa on a journey through Karamojaland in Northeastern Uganda.

Experience this newly developed 4 Days Lake Turkana Safari, starting from Moroto town. Below prices are full board and including transport and accommodation in equipped canvas dome tents.

Lake Turkana sits at the very northern end of Kenya’s Great Rift Valley, it shimmers in the heart of an otherworldly landscape that would look more at home on the Moon than planet Earth. Lake Turkana, a UNESCO World Heritage Site, is the largest alkaline lake in the world, and the largest lake of any kind in a desert.

Northern Kenya is remote, and undoubtedly difficult to get to – the best way is probably from Uganda’s Northeastern Karamoja sub-region – rewarded by visions of one of the most intense and untamed areas left in Africa.

Central island National Park is made up of three active volcanoes that belch sulphurous smoke and steam. There are three crater lakes, Flamingo Lake, Crocodile Lake and Tilapia Lake, that provide breeding grounds for world’s largest concentration of Nile crocodiles.

Lake Turkana has a desert climate and rainfall is very low. Roads can be blocked-off by seasonal rivers for a duration of a few hours up to a few days when it does rain. The scenery is most stunning after the rains, which peak in April and November. 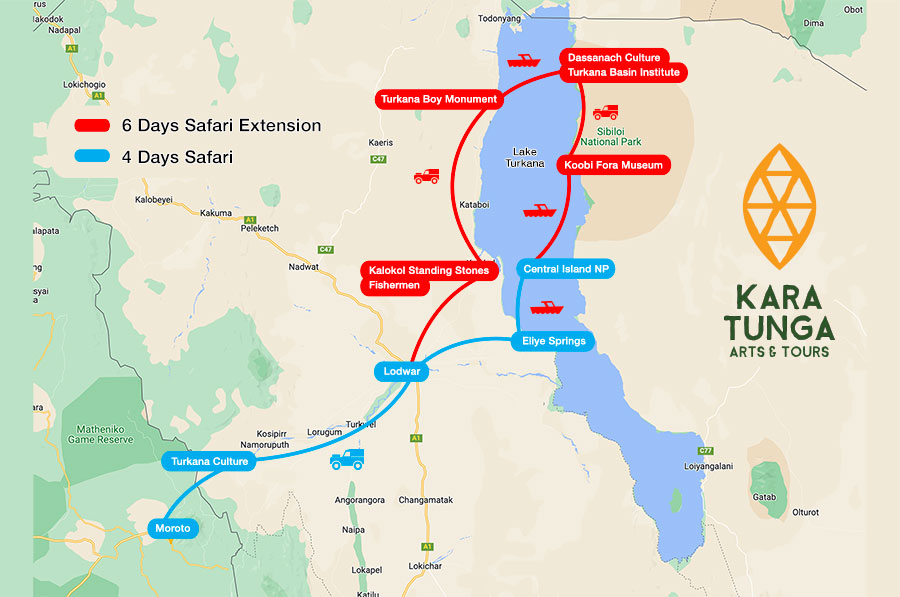