Climbing the Mysterious Granite Rock Ruoth in Abim District of Northeastern Uganda (February 2013) – Beyond Abim we soon found ourselves staring at the incredible piece of rock we had come to climb, an immense granite dome called Ruoth (The Chief). The main face was 500m of smooth, black, undulating granite, not devoid of weaknesses but without doubt extremely challenging to climb with a trad rack (and make no mistake the challenge is to climb it with a trad rack – any fool could bolt it).

Myth of the mountain

that local people believed the dome to be inhabited by evil spirits and that there had been two attempts by Europeans to climb it, both unsuccessful. Worryingly, one of the attempts had been foiled by killer bees.

The route proved to be a ‘classic’ African expedition, nine pitches of corner, crack and chimney climbing with lots of interesting vegetation (both dead and alive) to cope with. All the way up we were looking for traces of a previous ascent, but found none. At the summit we scratched our heads at a scattering of flat stones on a big boulder. Did they occur naturally or were they once a cairn that had been struck by lightning? Only time will tell.

We decided to name the 300m route Ghost Gully after the spirits of the mountain, and gave it UIAA grade V (using the somewhat tough Kenyan grading system). Not a high quality route perhaps, but as the easiest way up an amazing dome it should get more ascents.

We found out that the dome we’d seen was called Amyel, and since it was bound to have a shady side, this became our objective. We drove there before dawn, waited in the vehicle for first light, then approached through a village and soon had an entourage of willing guides and porters. They even started guiding us up the cliff and for a while I thought they were going to take us all the way to the top, but at 200ft they stopped on a pedestal and pointed to the way ahead – an obvious line of chimneys and cracks up the north ridge. We started climbing; the rock was perfectly solid and surprisingly clean. After two pitches we found out why. On one of the stances three names.

and a date had been carved in the rock. It seems we had stumbled upon a well-used route first climbed in the sixties and still getting an ascent about every five years according to the villagers. Despite passing through a nesting area of giant marabou storks (who seemed entirely unfazed) this five-pitch Hard Severe was certainly a classic and well worth seeking out for any climbers visiting this area. 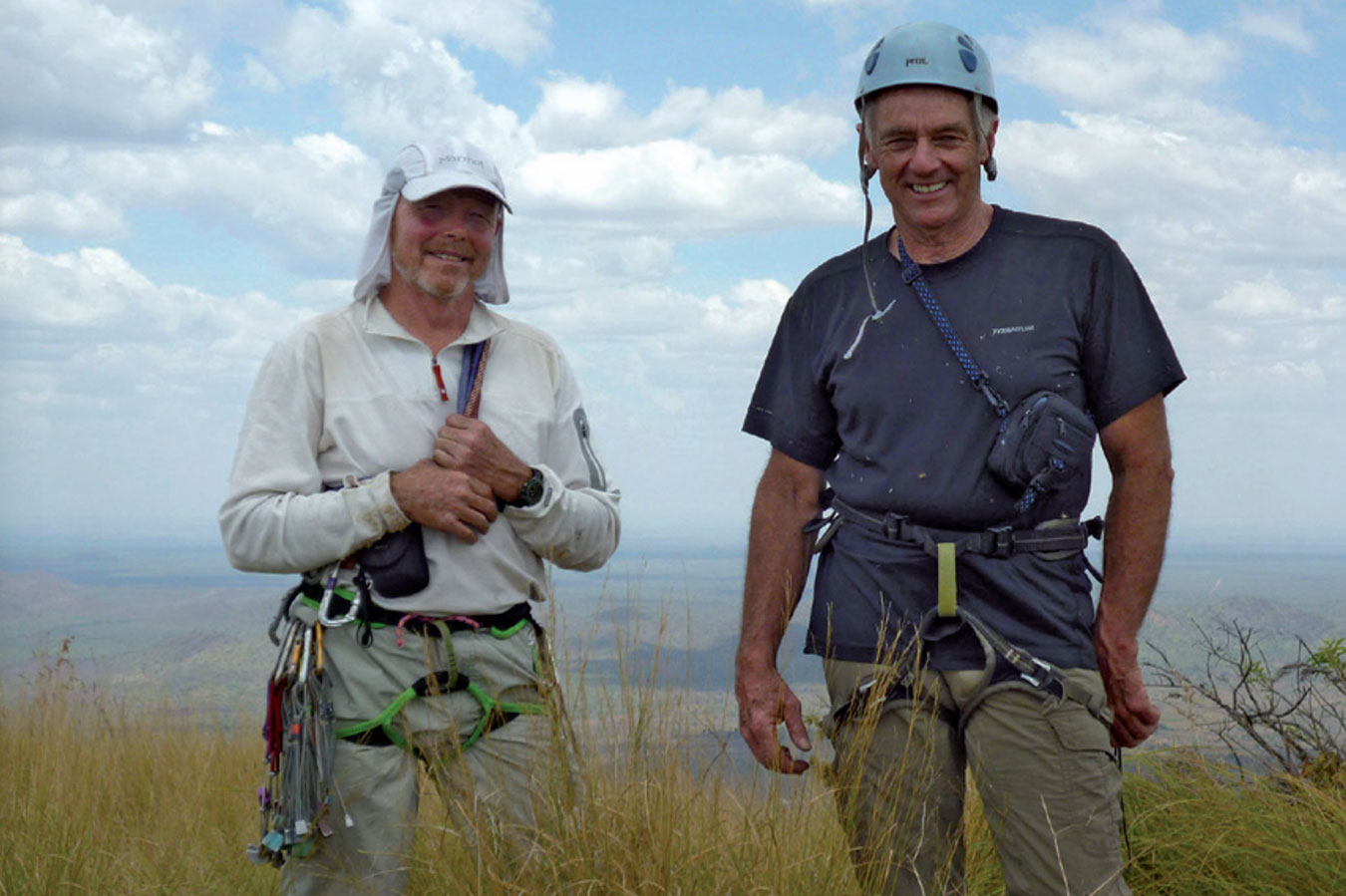 John Mothersele climbing a five-pitch Hard
Severe on Amyel that seemingly dates back
to the 1960s. (Pat Littlejohn) 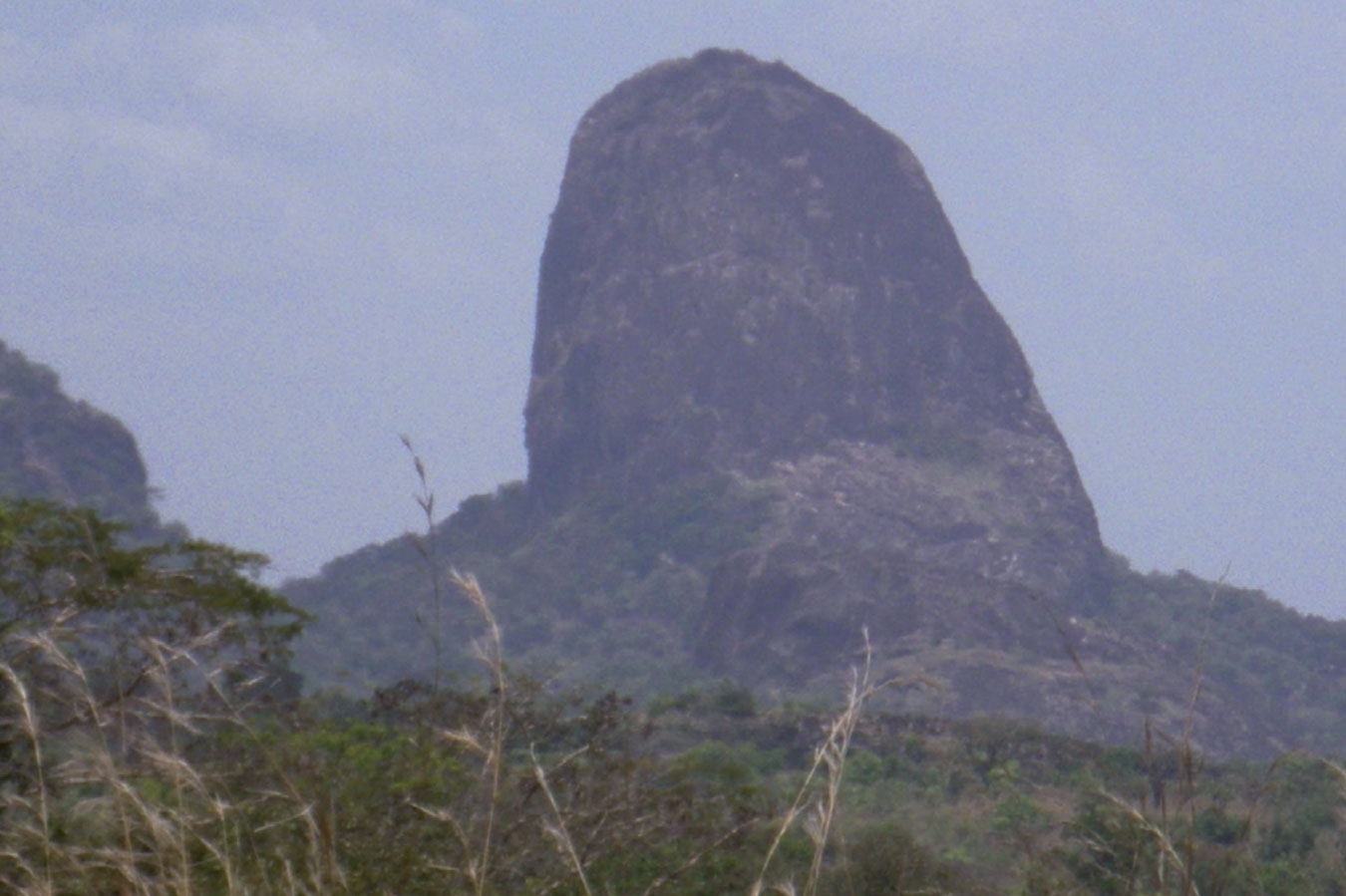 The dome of Amyel near Paimol, northern Uganda. (Pat Littlejohn)