I decided to go full on Karamojong and immerse myself in the culture by wearing the native dress and experiencing the simple life not as a tourist, but as a local. I find through my travels that this truly is the best way to learn about people and their way of life. This humility in the desire to relate allows human connection to occur at a primal level with compassion and understanding for people different than our own. There is an innocence and sincerity in the simplicity of it that I cannot explain, but it fulfills me to a point that nothing else does. 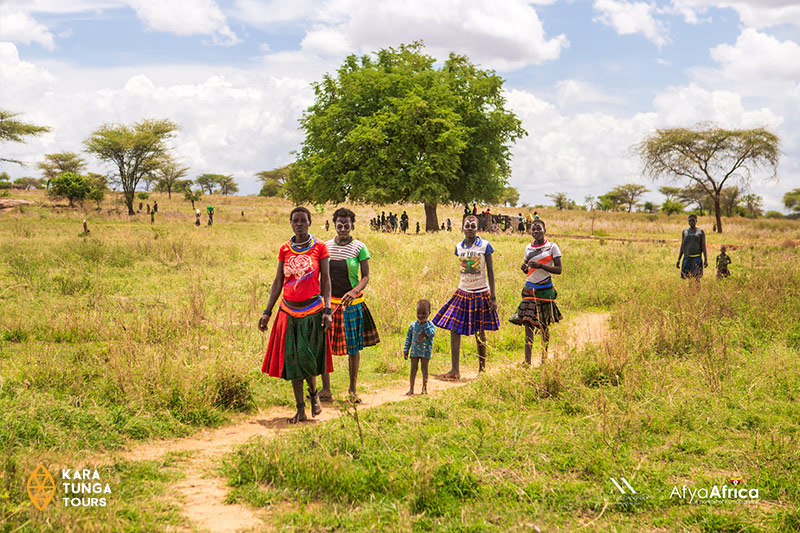 As we strolled outside the village, we came upon a clearing under a large, shaded tree – an area designated for the tribal dance. The women and men were gathering around for a special kind of jamboree! Dancing was a form of art and entertainment for the community – even the children happily watched as the adults began to sway and twirl. This was a way for the Karamojong tribe to leave their worries behind and focus on the delightfully simple music and movement with no use of modern technology or sound.

The dancers tied bells to their legs and the ring leader blew a whistle and chanted whilst the others repeated the words – this provided the underlying rhythm for their movement. The joyful choreography was spontaneous and consisted of clapping hands, stomping feet, and singing. I was reminded of my village in Hunza Valley where the sound of drums drew people from their homes to the polo ground. 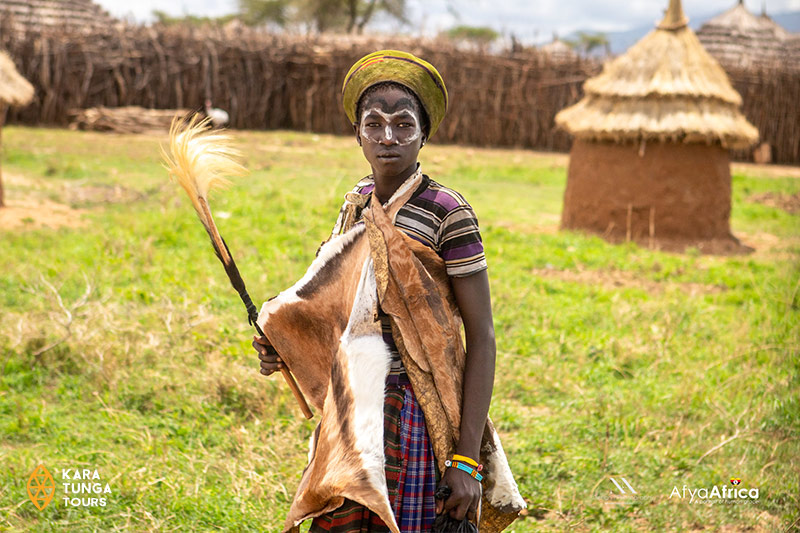 To us, this was such a primitive act – but to them, it was a means of entertainment and relaxation. The children sported huge grins as they watched the performance, and I had to capture the pure glee beaming from their faces! As I observed the dance, I noticed women with clay strewn over their faces in delicate patterns. I was told that this was considered an ornament of beauty for attracting men. As the dancing commenced, it became such an exhilarating experience that they gestured to me to dance along with them!

I jumped as the young man sprang up opposite me – it was challenging to leap so high especially wearing their local dress but I certainly tried my best to follow his lead! They laughed and enjoyed my unexpected participation, and later I received many smiles and recognition as they saw me walking around the village. I discovered afterwards that the higher a man can jump, the more women he will attract. Had I known this sooner, I truly would have made an effort to soar!