Near Moroto we privately had a traditional Karamojong village tour with a local guide. Normally, I don’t like village tours, but this was better than expected and pure.

We started with a short Karamoja village tour where I kept my camera in my bag, following the guidelines of the guide. After been introduced to the community, I was able to take photos from different angles, but those from the ground up are the most striking.

They started singing and swinging with great passion, accompanied by whistles and bells. It was a great spectacle and you could see that singing and dancing is in their genes. After the dance, they formed themselves in a circle and the men began to jump, singing loudly. An experience never to be forgotten. 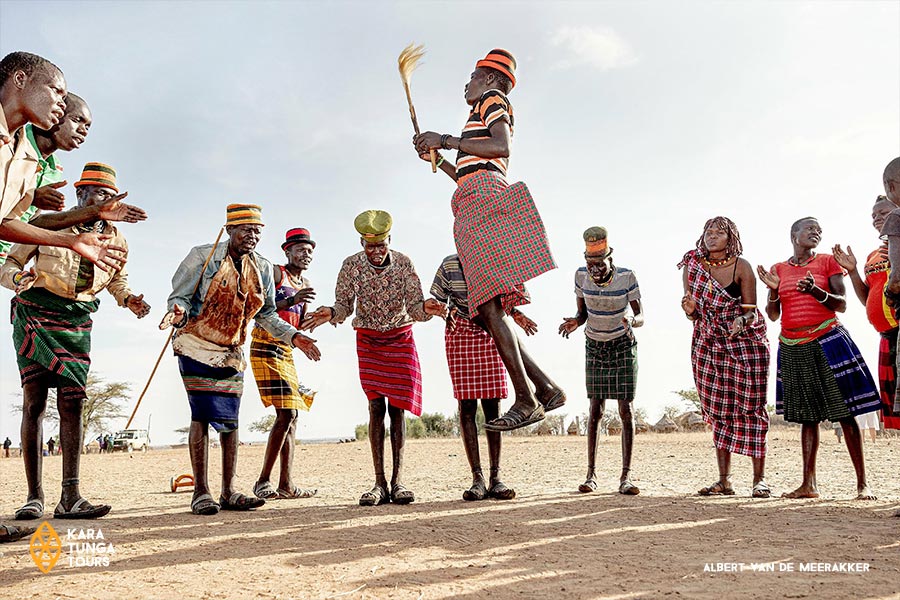 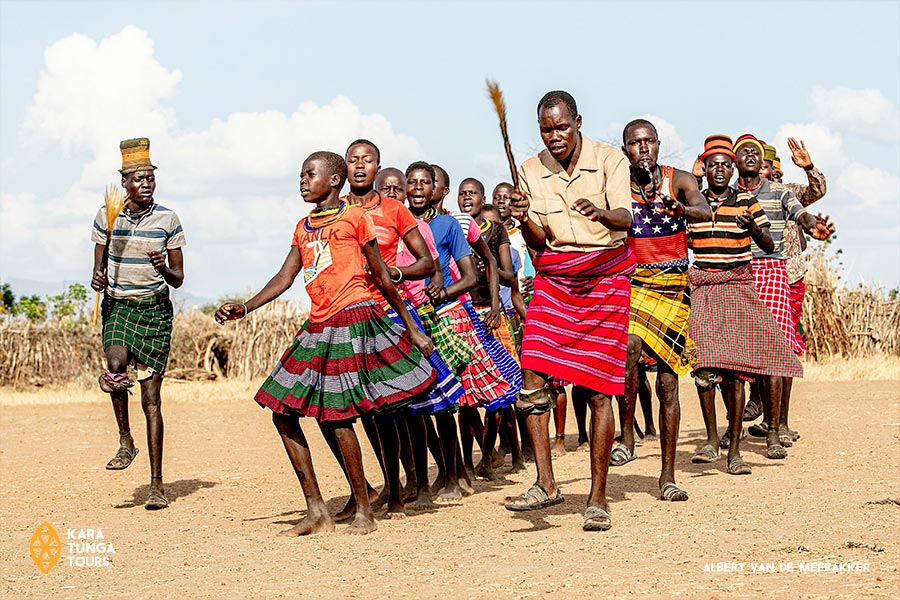 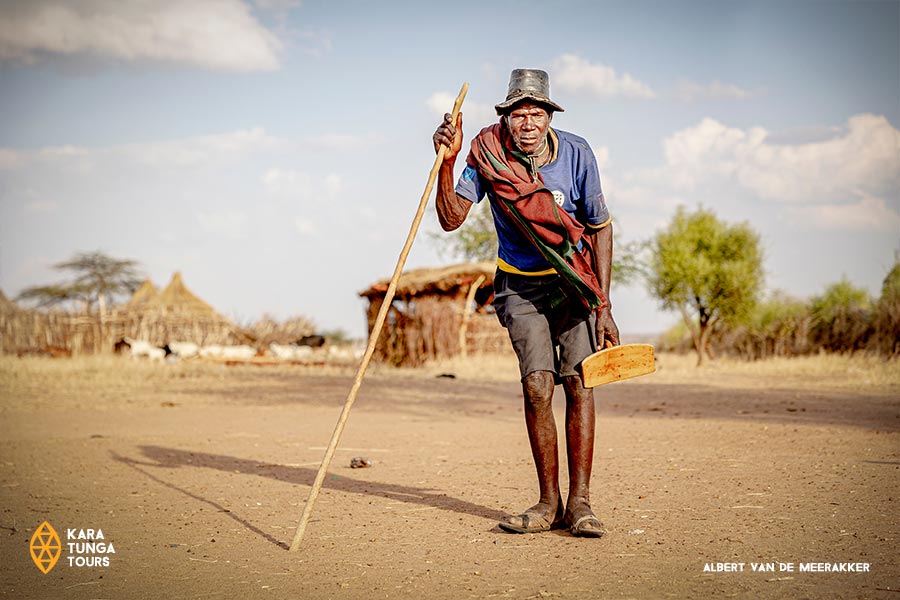