On December  2018, we lost a dear friend, business partner, father, mentor and great ambassador of Karamoja’s development through sustainable tourism and cycling.

“My life with Paul was different than each of yours and together, we hade the rare privilage of being with Paul in the place he loved most, Karamoja, Uganda and being a part of the people’s lives and to be part of change for the Karamojong people.”

I’m an emotional person to start with, the last few days have been really tough for me. Paul Sherwen is loved and will be missed by every single person in the cycling world, he and Phil Liggett are like family to tens of millions of us. I ride a bike and I am a cycling fan, but Paul Sherwen came into my life in a very different way and became one of my closest friends. I felt it important that I share with all of you the Paul Sherwen I knew.

Back when I was starting Bicycles for Humanity, a mutual friend Steve Jennings introduced Paul and I. We met at the first Tour of California and when I shared with Paul I was on my way to Namibia with a container of bikes, he suggested I stop by and see him in Uganda. I could not believe my good fortune and to spend time with Paul in Africa, a dream come true for any cycling fan.

I arrived, we jumped in his Landcrusier and then proceeded into the bush, where he began to share with me every piece of history, culture and wildlife about Uganda. We met chiefs and elders and he spoke multiple African languages and taught me how Africa works and the importance of skills development and empowering the people, not giving them a handout, but a hand up.

Paul is the real African Crocodile Dundee and I was lucky enough to learn the ways of Africa from a person who cared deeply for the people and his home country of Uganda. He and Phil Liggett liked what we were doing with bikes and they gave freely of their time, doing countless charity events to help build Bicycles for Humanity and thanks to their efforts, our movement grew to numerous chapters, we are still grassroots and have delivered over 160,000 bicycles to Africa and became the largest globally at providing the gift of mobility.

Paul grew up in Uganda, he moved there when he was 6, his father ran the fertilizer plant in Tororo and Paul would go to Karamoja, the Northeastern part of the country, on Safari.

He never forgot his roots in there and when the wars were ending there and everyone was afraid to go there, he decided that we should send 5000 bicycles, train the people and as they settled into camps, provide mobility and to help the people move towards a better life.

Karamoja was truly off the grid, no economy, no roads, nothing and when I first went there , I fell in love with the people, the people Paul loved. Ben Stiller had been there with Save the Children at the same time and Ben joined us to help get bikes to this region, which together we did.

Since that time, Paul Sherwen with the local people opened a safari lodge, started the first Tour of Karamoja, which this year, became the largest cycling event in Ugandan history. I was lucky enough to be a part of this journey, of empowerment and helping an incredible people take the first steps to a better life and today, Paul is not only a legend there, but one of the most respected elders.

Paul’s attention to detail, to respect and honoring the traditions of the people, to creating programs that the people could carry forward and grow, allowing change and opportunity to come from within, honestly might be his greatest legacy. We all know Paul and Phil as the best there is in the cycling announcing game, but in all honesty and having been a part of the journey with him every step of the way, he was a giant in the world of making a difference and empowering a nation and it’s people one small step at a time.

The collaboration between Kara-Tunga started when Paul sponsored one of his beautiful safari vehicles for us to make a regional promotion video called Discover Karamoja with a team of German filmmakers in February 2018.

The video production took 3 weeks and touched the hidden gems of northeast Uganda that many have never imagined Karamoja would withhold. Paul joined us in Pian Upe Wildlife Reserve and set up a bush camp for two nights that became a highlight of the video.

I am emotional, I lost one of my dearest friends, just like in cycling, Paul’s base of friends and respect ran from the warrior or child in the bush right to the President and the First Lady of the country and thousands of people in between. One night Paul called and handed me the phone, the First Lady was on it, ask for help in Karamoja and Paul was first to step up as he has been on countless occasions.

Paul never talked about this life, this life of service to a people and to a country and to a better Africa, he went about doing it and building the relationships that would benefit an entire country and its people.

I’ve had a blessed life, when my friend Paul Sherwen entered my life, and I was lucky enough to spend the last 15 years with him and to really understand him and his passion for a people and a country, my life and tens of thousands of others will be forever richer and the dent in the universe that Paul made will never be forgotten, not in the cycling world and certainly not in Uganda and in Karamoja, that little NE corner of Uganda that he has played a huge part on.

Paul Sherwen in the real Crocodile Dundee, and to his African and Ugandan family, like his cycling family, he will never be forgotten. As I said before, I am emotional, Paul Sherwen is much bigger than cycling and he has touched even more lives in Africa than in the cycling world. Few of us saw this side of Paul, so I felt it important to share a few stories of the Paul I loved and will miss terribly.

Without much preparations Paul’s friend Pat Montani and Theo Vos of Kara-Tunga decided to press the  button and in 3 weeks before the event took place they announced the first of its kind Tour of Karamoja 2017.

Paul and Pat through all their trust in Theo and Mama Florence to organise the event, lay out the trails and community where the event would sleepover for a night. This was a leap of faith for all of us and it was the start of a collaboration that all of us confidently believed in.  25 people believed in our crazy idea and joined the event that took place along the border of Kenya and Uganda over the lush foothills of Mt Moroto and the colourful people of the Karamojong and Turkana tribes.

The second Tour of Karamoja was an enormous step forward. Paul visited a couple of times between his commitments for the Tour de France and Tour of California to find a location using his remarkable inner compass, feeling for the bush and loads of experience in logistics and events like the 10to4 Mt Kenya event.

When Paul was in commentating for the Tour of California, a team came over to Mt Moroto to develop the trail network and camp site for the 2nd Tour of Karamoja. The tour took place over 2 days and draw 50 people and was thereby the largest mountain bike event in Uganda.

Paul and his history in cycling

One of the most well-known and familiar personalities in cycling, his career as racer and later as broadcaster stretched decades.

Officials from NBC Sports, where he covered five Olympic Games as well as 33 editions of the Tour de France as a commentator, sent a message of condolences.

“We are saddened to offer our condolences to the friends and family of Paul Sherwen, who passed away this morning at his home in Uganda,” NBC Sports said in a statement Sunday. “Paul was synonymous with the Tour de France in the U.S. and will be greatly missed by his legions of fans and the NBC Sports family, which was honored to be part of Paul’s 40th Tour last July. Our thoughts are with Paul’s wife, Katherine, their children, and all of those in the cycling community who became Paul Sherwen fans over his many years calling the sport he loved.”

Sherwen’s contribution to cycling is immeasurable. In the 1970s and 1980s, he was among a new wave of Anglo riders breaking into the European peloton. He turned pro in 1978 and twice won the British national title. He raced seven editions of the Tour and retired in 1987. This summer, he celebrated his 40th Tour de France — including 33 as a commentator — while working with the NBC crew.

Sherwen also worked as PR for the Motorola team, where a young Lance Armstrong was first making his mark, before moving into the announcer’s booth. Coupled with longtime partner Phil Liggett, the pair became synonymous with professional cycling among the burgeoning English-speaking market. Sherwen won kudos for his insider knowledge, close relationships with riders and sharp commenting skills

Early on Monday, Liggett tweeted that Sherwen had died of heart failure, according to the deceased’s family.

A British native, he had strong roots to Africa. He spent part of his childhood in Africa when his father had a job in Uganda, and he later lived in Uganda for most of his adult life. He was once part owner of a gold mine and often promoted African cycling and tourism among friends and colleagues.

In March 2018 Pat flew to Uganda and travelled almost directly with Paul to Karamoja with the purpose to discuss further collaboration and to start the preparations for the 2nd Tour of Karamoja.

Paul was clearly full of energy and inspiration accompanied by his great friend that shared the passion for the Karamoja region. During this trip, Paul developed the idea to invest in the Kara-Tunga Guest House by building 7 ensuite safari tents and upgrade the guesthouse into Moroto’s first safari camp with a real Sherwen touch. 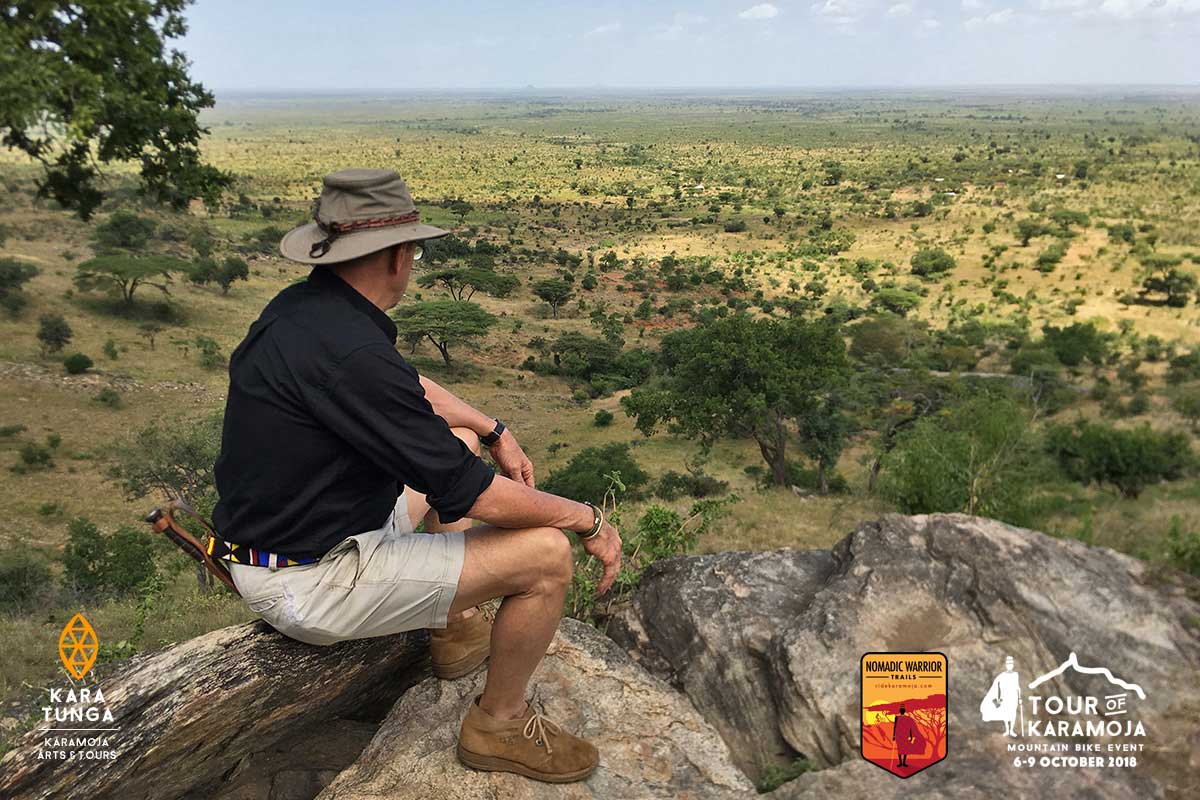 Paul Sherwen his love for Africa 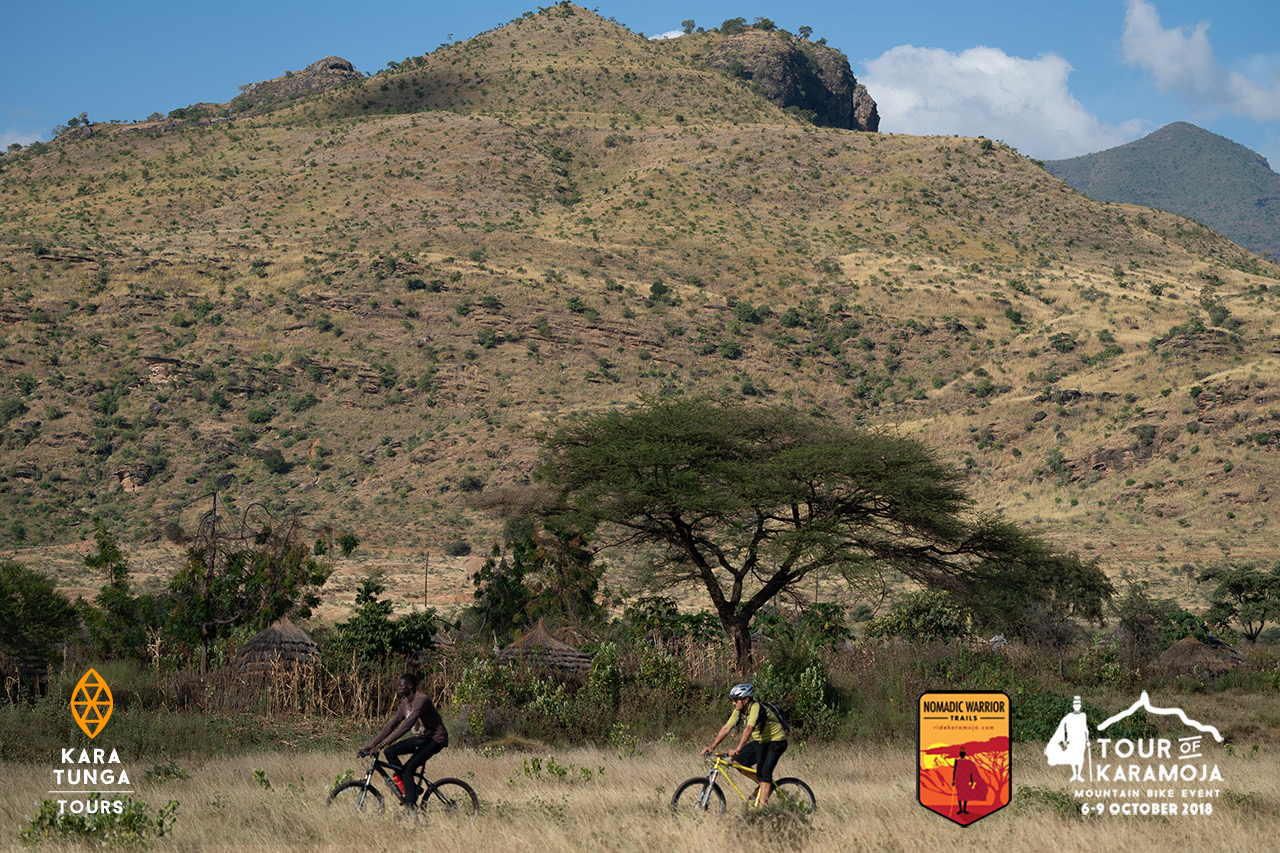 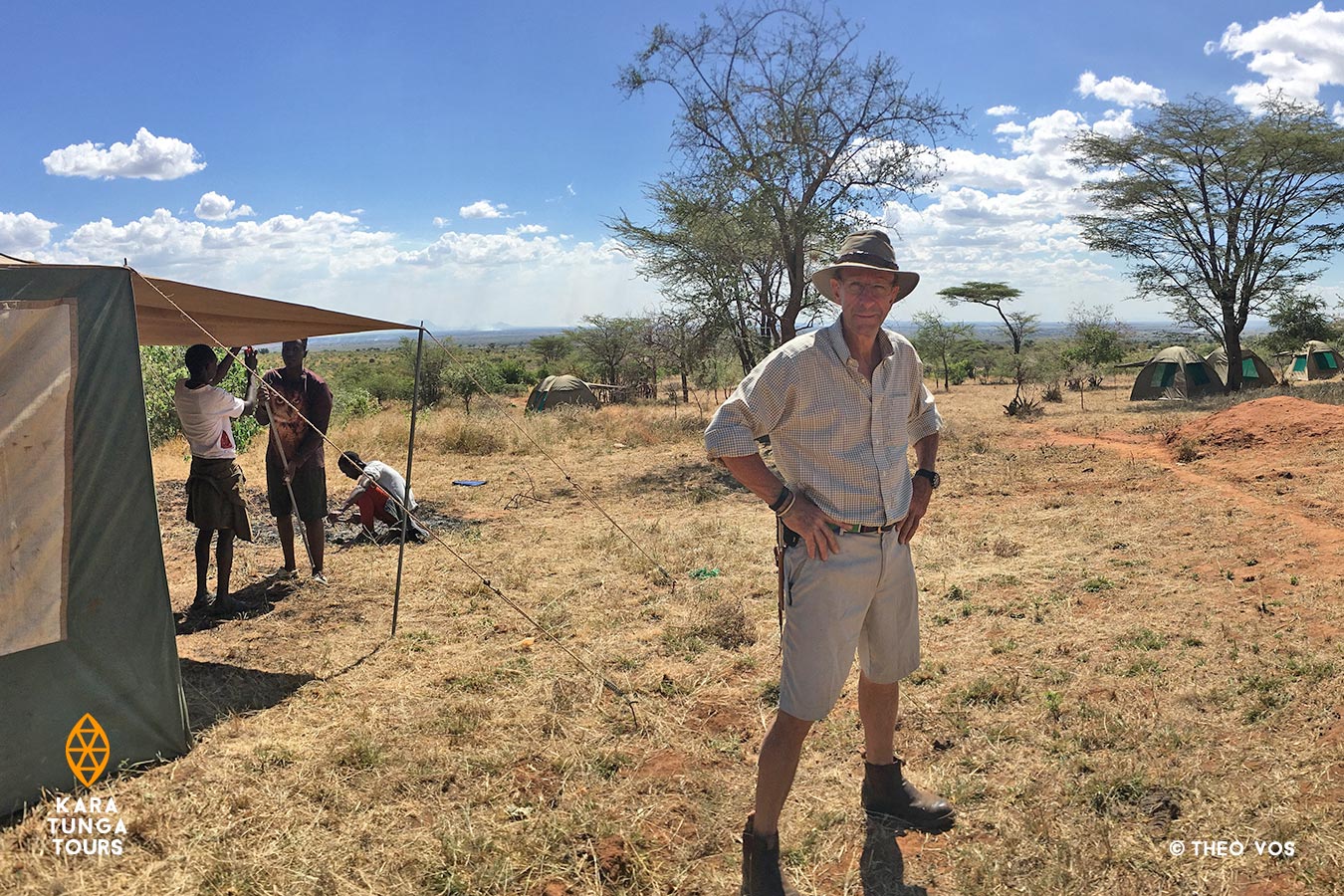 his legacy will live on