Uganda’s northeast Karamojaland has kept many secrets due Its inaccessibility, only recently, researchers and scholars have started to explore these forgotten corners of the country. Kara-Tunga hosted two Kenya-based researchers for 10 days Trekking of Uganda’s Mount Kadam, in search for the unknown but with the gut feeling of finding something special to come back for.

Our personal excitement was found when they managed to photograph the commonly known Arboreal black-and-white colobus monkey on the high tree tops on the mountain slopes. During our hikes on Mount Kadam it is one of the magnificent sightings, but usually of short time due tho their shyness.

Kenya-based Dutch primatologist Yvonne A. de Jong and American conservationist and ecologist Thomas M. Butynski. Combined, they have worked in Africa for almost 60 years with both impressive CV’s and both co-leaders of the Eastern Africa Primate Diversity and Conservation Program.

Knowing which animals live where is critical to planning effective conservation following to the two researchers. With the support of a grant from the National Geographic Society they are now focusing their research on the primates of Uganda. During the second half of October 2014, they conducted the first of our series of primate surveys in northeastern Uganda.

Read more about the expedition and the sightings: Unraveling the secrets of Mount Kadam 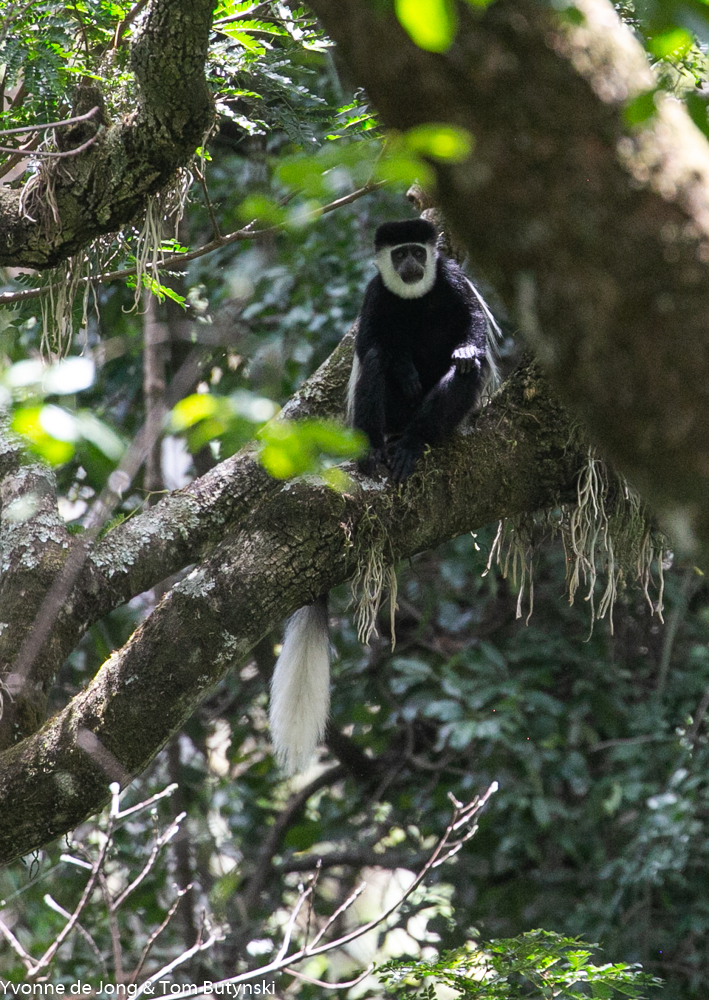 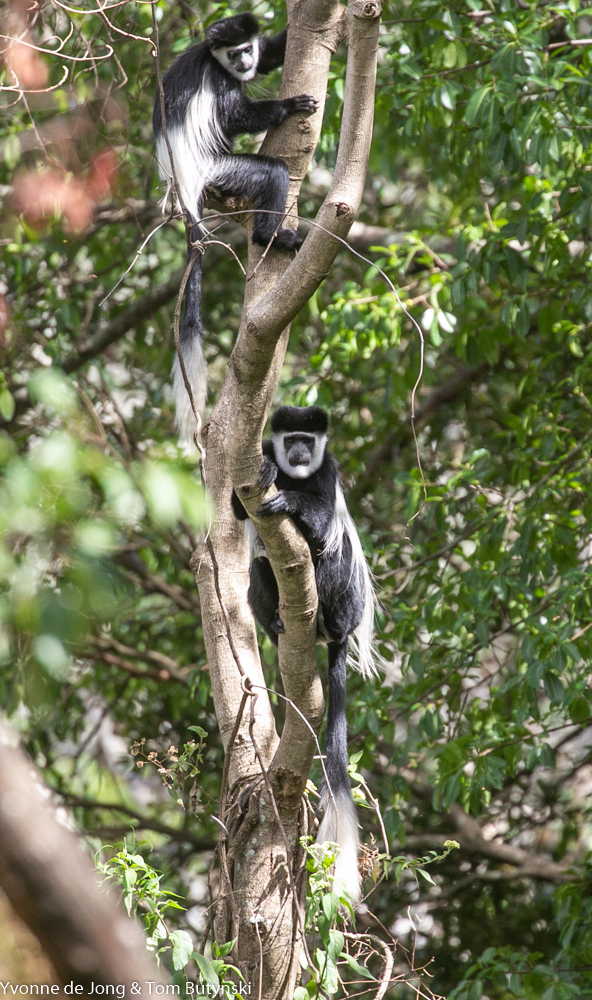